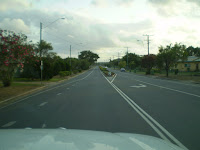 In your community group you will usually use certain terminology and acroynms which for the seasoned member are understood and accepted. However if you have new members on your committees then they will most likely look at you with a blank face and think you're talking a different language. So how can existing members help new members understand the everyday acroymns used within the group/organisation. A group can have an active, positive meeting or become frustrated by having to explain each acroynm over and over. When you travel a road you don't know you use a map - so a list of acroynms used within your group can help unravel the frustration.
Firstly, what is an acroynm? Accoring to Wikipedia - Acronyms and initialisms are abbreviations that are formed using the initial components in a phrase or name. These components may be individual letters (as in CEO) or parts of words (as in Benelux or Delmarva). There is no universal agreement on the precise definition of the various terms (see nomenclature), nor on written usage (see orthographic styling). While popular in recent English, such abbreviations have historical use in English as well as other languages. As a type of word formation process, acronyms and initialisms are viewed as a subtype of blending.
In one organisation I'm involved in - Community Radio - we have a list which has been put together of the different acroynms used reguarly within our group. We've found that members can refer to the list to understand what organisation/project is being spoken of during the meeting. For Example: A.C.M.A. Do you know which organisation this is? It's the Australian Communications and Media Authority. Now if you have never had contact with ACMA before you wouldn't know who they were, but in the world of community radio in Australia, it's essesntial to know who ACMA is. I'm sure that your group would also be able to compile a list which even for seasoned members is helpful because sometimes we all forget...and the list is like a map we can all refer to!
So enjoy the challenge of being in community groups, making a difference and investing in your local area now and for the future!
Sally
Posted by Sal