Wow!  How often do we witness people actually being patient instead of trying to be powerful?  How many times do we exert control over ourselves, rather than trying to control those around us?

Are we able to win control over ourselves?  Or do we give passion, pride, self-desire free reign?

If we are to grow up and be mature, mindful people, then self-control is important to learn.

Do you like being around people who are quick to anger?  Their short fuse makes it difficult to feel safe or express your opinion.  You may find you look for ways to avoid them.

The lack of self control is like a child whose toy has been taken off them and they throw a tantrum.   It isn t pleasant to be around or in the firing line.

"Instead, clothe yourself with the presence of the Lord Jesus Christ. And don’t let yourself think about ways to indulge your evil desires."
Romans 13:14 NLT

The following is an excerpt from Matthew Henry's Expositiory -  Studylight website

"...This recommends the grace of meekness to us, which will well become us all, particularly the hoary head, Proverbs 16:31. Observe, 1. The nature of it. it is to be slow to anger, not easily put into a passion, nor apt to resent provocation, taking time to consider before we suffer our passion to break out, that it may not transgress due bounds, so slow in our motions towards anger that we may be quickly stopped and pacified. It is to have the rule of our own spirits, our appetites and affections, and all our inclinations, but particularly our passions, our anger, keeping that under direction and check, and the strict government of religion and right reason. We must be lords of our anger, as God is,Nahum 1:3. Aeolus sis, affectuum tuorum - Rule your passions, as Aeolus rules the winds. 2. The honour of it. He that gets and keeps the mastery of his passions is better than the mighty, better than he that by a long siege takes a city or by a long war subdues a country. Behold, a greater than Alexander or Caesar is here. The conquest of ourselves, and our own unruly passions, requires more true wisdom, and a more steady, constant, and regular management, than the obtaining of a victory over the forces of an enemy. A rational conquest is more honourable to a rational creature than a brutal one. It is a victory that does nobody any harm; no lives or treasures are sacrificed to it, but only some base lusts. It is harder, and therefore more glorious, to quash an insurrection at home than to resist an invasion from a broad; nay, such are the gains of meekness that by it we are more than conquerors..." 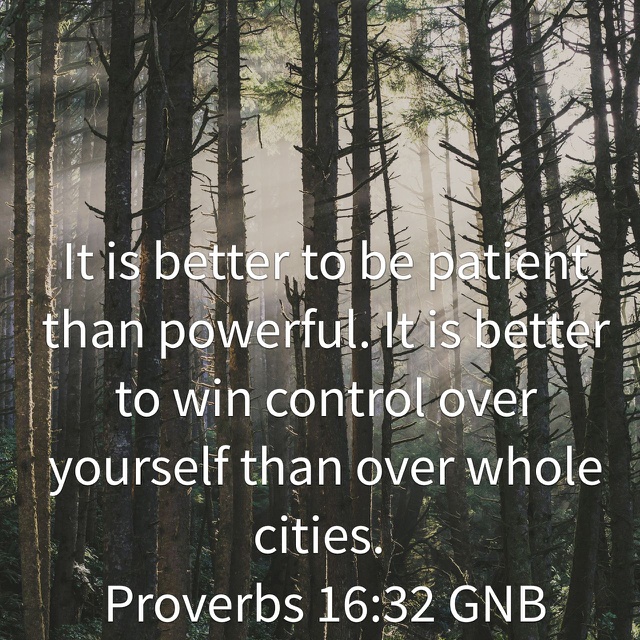